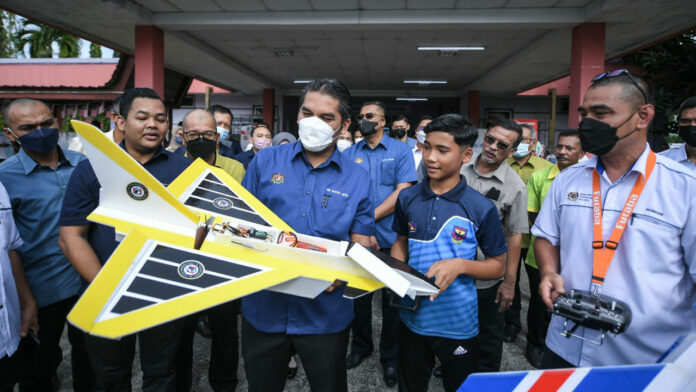 LANGKAWI, Aug 7 — School counsellors play an important role in guiding students to identify opportunities after the Sijil Pelajaran Malaysia (SPM) examination, according to their field of interest and to suit their abilities and skills, said Senior Education Minister, Datuk Dr Radzi Jidin.

He said the counsellors were trained to understand the needs of employers, so that they could help students identify in which direction to go after completing school.

“Hence, after the SPM exam, these students already know where to go if they want to go to technical; or where to go if they are interested in (the field of) science, and teachers will continue to help these children to ensure that they understand what is the best journey for their future.

“In this context, if they don’t study at university in this field, they will have skills as there are various fields that they can further their studies. That is our approach to prepare the students,” he said.

He said this at a press conference after officiating the groundbreaking ceremony for the construction project of the Sekolah Menengah Kebangsaan (SMK) Bohor Jaya at the SMK Kedawang, here today.

Radzi was asked to comment on a media report on July 31 that 390,000, or 72.1 per cent, of SPM holders did not want to continue their studies, based on a survey carried out by the Department of Statistics Malaysia (DOSM).

The report mentioned that, although the data is for 2019, the trend is believed to have continued in 2020 as well as last year.

The report further mentioned that, according to research data in 2019, 560,000 SPM candidates sat for the SPM examination, but after the exam results were announced, only about 170,000 chose to continue their studies, while the rest entered the job market.

Among the three main factors identified, those aged 17 to 18 ended up uninterested in continuing their education were being influenced by social media and thinking that pursuing tertiary education is not a guarantee of securing a better job.

Commenting further, Radzi said that the study data needed to be examined in more detail because it was important for more effective implementation of actions.

“We are working to dissect the data to the next level. We want to see the data in detail. It is important. Any action is based on the details of the data. However, on our side, we will always make sure that the students can compete.

“Hence, now is an important time for us to train them through the system, to instil the interest naturally, and when attending school they can see where their future is headed, and be given exposure to various spaces and opportunities available from a young age,” he said.

Regarding the SMK Bohor Jaya construction project, Radzi said that it involved a cost of RM59 million, with a capacity to accommodate 900 students, from Form One to Five, and has 30 classrooms. It is expected to be completed in January 2025.