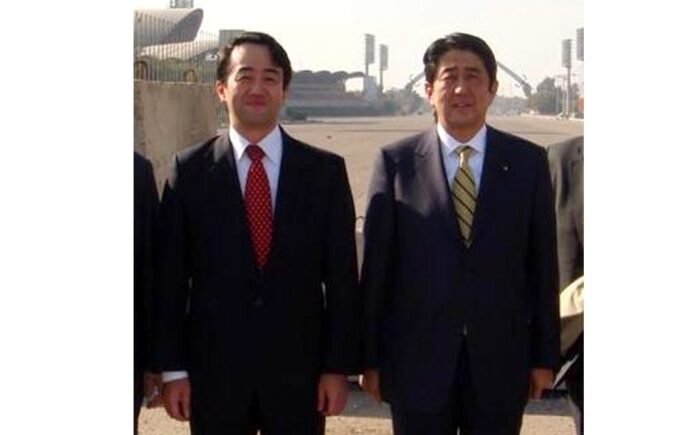 KUALA LUMPUR, Sept 27 — The state funeral for former Japanese leader Shinzo Abe, who was assassinated in July, will take place in Tokyo on Tuesday (Sept 27).

According to international media, the ceremony will begin at 2 pm local time at Nippon Budokan, a prestigious event venue located in a park near the Imperial Palace.

Abe during his days in office was a well liked leader across the world, hence it comes of no surprise that about 4,300 people, including foreign leaders are expected to attend his funeral. Abe will be the second postwar prime minister to be honored with a state funeral.

Abe, the longest serving prime minister in Japan’s history, was the president of the Liberal Democratic Party from 2006 to 2007. He returned to the premiership from 2012 to 2020.

Takahashi Katsuhio, Japanese Ambassador to Malaysia, is familiar with Abe who had Malaysia close to his heart.

“My first contact with Abe was at the Kyushu Okinawa Summit in 2000. I also have good memories of visiting Saudi Arabia and Iraq together with him after the first term of the Abe administration concluded and he stepped down from the prime minister’s post.

“He had a strong interest in Islam, and I received much guidance and advice from him on how to build firm relationships with Middle East countries.

“Since I was the Director General of the Middle Eastern and African Affairs Bureau of the Japanese Foreign Ministry just before becoming the Ambassador to Malaysia, I had many opportunities to work closely with him, especially in relation to the Iran nuclear deal.”

Takahashi elaborated, Abe’s last visit to Malaysia was in March this year as the special envoy of Prime Minister Fumio Kishida.

He added the three-day visit which coincided with the Look East Policy (LEP) 40th anniversary celebration has significantly raised awareness among those involved in further promoting the LEP that was introduced in 1982.

“Abe kicked off the discussion between the Japanese and Malaysian governments on how to proceed with the LEP in the years to come.

“In addition, he gave a lecture at the International Islamic University Malaysia (IIUM) and talked about the future of Japan-Malaysia relations while touching on his own relationship with Malaysia,” said Takahashi.

Abe who stepped down in 2020, was shot moments into a speech in the Western city of Nara, airlifted to hospital and later pronounced dead. Police arrested the suspected gunman at the scene.

Despite being a leader of stature, Abe’s state funeral faced opposition from the public as Kishida had decided the funeral without a parliament discussion. Also the ruling party’s ties with a problematic religious group that is also linked to Abe’s assassination are being questioned.