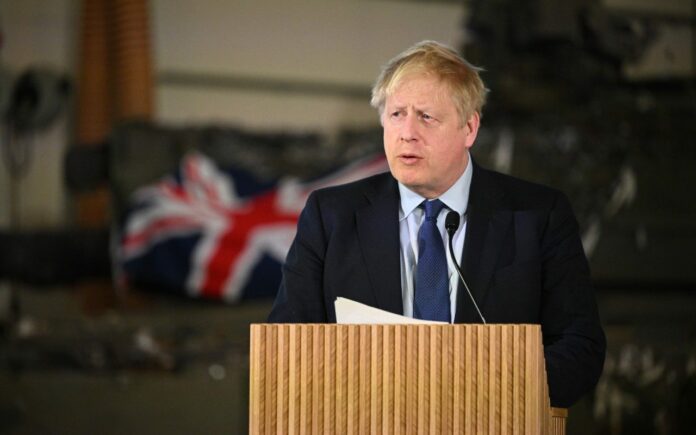 “The stuff that you’re hearing about chemical weapons is straight out of their playbook,” reported Anadolu Agency as Johnson saying during an interview with Sky News.

“They start saying that there are chemical weapons that have been stored by their opponents or by the Americans.

“And so when they themselves deploy chemical weapons, as I fear they may, they have a sort of maskirovka — a fake story — ready to go,” he said.

“You’ve seen it in Syria. You saw it even in the UK. That’s what they’re already doing. It is a cynical, barbaric government.”

Johnson said it “depends on Putin and it’s up to him and to him alone” with regards to whether a compromise could be struck to end the war in Ukraine.

“I think he needs to understand that he’s made a disastrous miscalculation and that everybody can see that things aren’t progressing in the way that he hoped,” he said.

“His best bet, I think, is to withdraw, to cease the violence and to allow a peaceful negotiation to begin.”

He added that Putin “needs to understand that his options are not good” but Putin has “made it very difficult to find an offer.”

MySejahtera: Decision on whether to relax check-in requirement in a week...