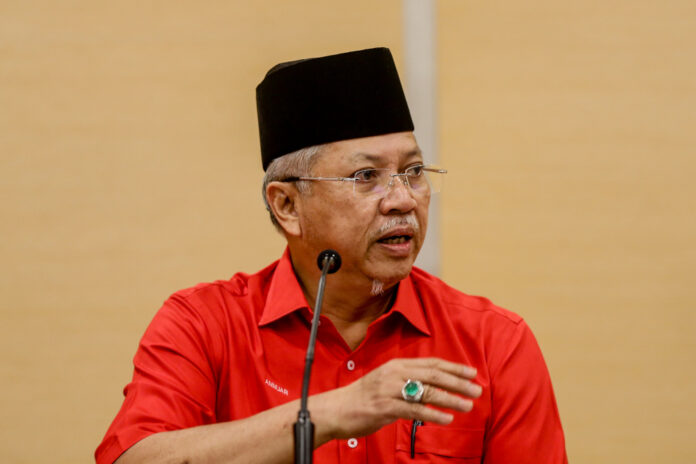 KUALA LUMPUR, March 18 — Tan Sri Annuar Musa today stressed that he had a good track record and has remained loyal to UMNO despite the criticisms of him being outspoken and labelled as a thorn in UMNO’s flesh.

He also admitted that throughout his 34 years of being Ketereh UMNO and 40 years of holding UMNO membership number 124, there were times that he had different views from the party leadership.

Nevertheless, he said it was nothing personal as he had continued to respect the party and the leaders, but not to the extent of being a “yes man”.

“UMNO had had various crises and I never left, whether I was holding a post or not, I continued to work (for the party). Even when I lost in party elections, I continued supporting UMNO. That’s my style. I’m loyal like that.

“I have been a life member of UMNO for more than 40 years, I’m a more senior member than the president. I became minister earlier, I was elected as Supreme Council member earlier and I have been UMNO division chief longer.”

Annuar, who is also Communications and Multimedia Minister, said this in a special interview on UMNO: A Better Future on Bernama TV’s Ruang Bicara programme hosted by Sherkawi Jirim tonight.

Elaborating, Annuar said when he was 27, he had even criticised the then 4th Prime Minister Tun Dr Mahathir Mohamad, but was later surprised when he was appointed into Dr Mahathir’s Cabinet – without him having to suck up to anyone for the post.

“When I disagree about something, I will be frank about it,” said Annuar who had served as the Youth and Sports Minister, and also as Rural Development Minister during Dr Mahathir’s administration.

On the 15th General Election (GE15), Annuar who is also former UMNO secretary-general said the party must not be hasty in pushing for it and should consider the public sentiment first as many people were still affected by the COVID-19 pandemic.

“Do not adopt a wrong formula. If UMNO were to push for GE15, they can, but all resources, organisations, logistics, strategies and (political) partners must be all checked and in place,” he said.

Taking into consideration the strategy of young voters following the implementation of Undi18, he said UMNO must also showcase itself as a party that also champions the young people.

On the ongoing UMNO General Assembly, Annuar also praised the policy speech of party president Datuk Seri Dr Ahmad Zahid Hamidi which he said was delivered well, at a time when the former Deputy Prime Minister himself was facing various challenges in managing the party following the dismal performance in the GE14.

“Close ranks, improve ourselves, don’t be reckless in our action and I believe that a bright future awaits UMNO,” he added.

GE15: King calls on candidates, supporters to be civil throughout campaign...